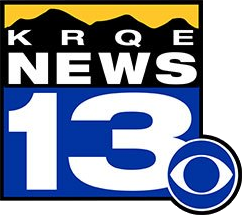 Albuquerque, NM (KRQE) – If you’re looking to sell your home, local experts say right now, sellers can get more money than ever. The metro’s housing market is on the rise and local realtors say if you’re thinking of selling your home, now’s the time to make that jump.

“The Albuquerque real estate market is seeing an all-time low in inventory and that coupled with extremely low interest rates are driving the prices up,” said Sherry Fowler, president of the Greater Albuquerque Association of Realtors. “If someone’s thinking about selling, this is the best time in years that has been to sell a home.”

With a high demand and multiple offers, home prices are going up, putting more money into sellers’ pockets. In August, the average price increased to nearly $300,000, up 15% from last August. Fowler says low-interest rates make it a good time for buyers too.

“It’s still a great time for buyers because with low interest rates they can get into more house,” said Fowler. “For first-time home buyers it makes it a lot easier to qualify to buy a little bit more than they could have in the past.”

Luxury homes across the metro are also seeing a high demand. Demand for the properties costing more than half-a-million dollars has increased dramatically.

“For homes priced over $500,000, there’s been an 85% increase in sales,” said Linda DeVlieg, a luxury home specialist with Keller Williams. “I think Albuquerque’s become a destination for more affluent people. We have people moving around in town and they’ve been at home and they’ve been deciding now’s the time to upgrade our home.”

DeVlieg says with low rates and good, high-paying jobs, Albuquerque’s becoming a destination for money-makers. With many areas like Los Angeles and San Francisco costing upwards of a million for traditional homes, she says they’re able to get more bang for their buck here.

“A lot of them are coming from other areas or more affluent areas,” said DeVlieg. “They’re selling their homes there for a million dollars which might get them a 1,500-square foot townhouse in San Francisco and they’re able to put it to work here.”

Realtors say the trend won’t slow anytime soon and they expect Albuquerque’s population to grow as the market flourishes. The Greater Association of Albuquerque Realtors says homes are also spending less time on the market, going from about 34 days this time last year to an average of 26 days.