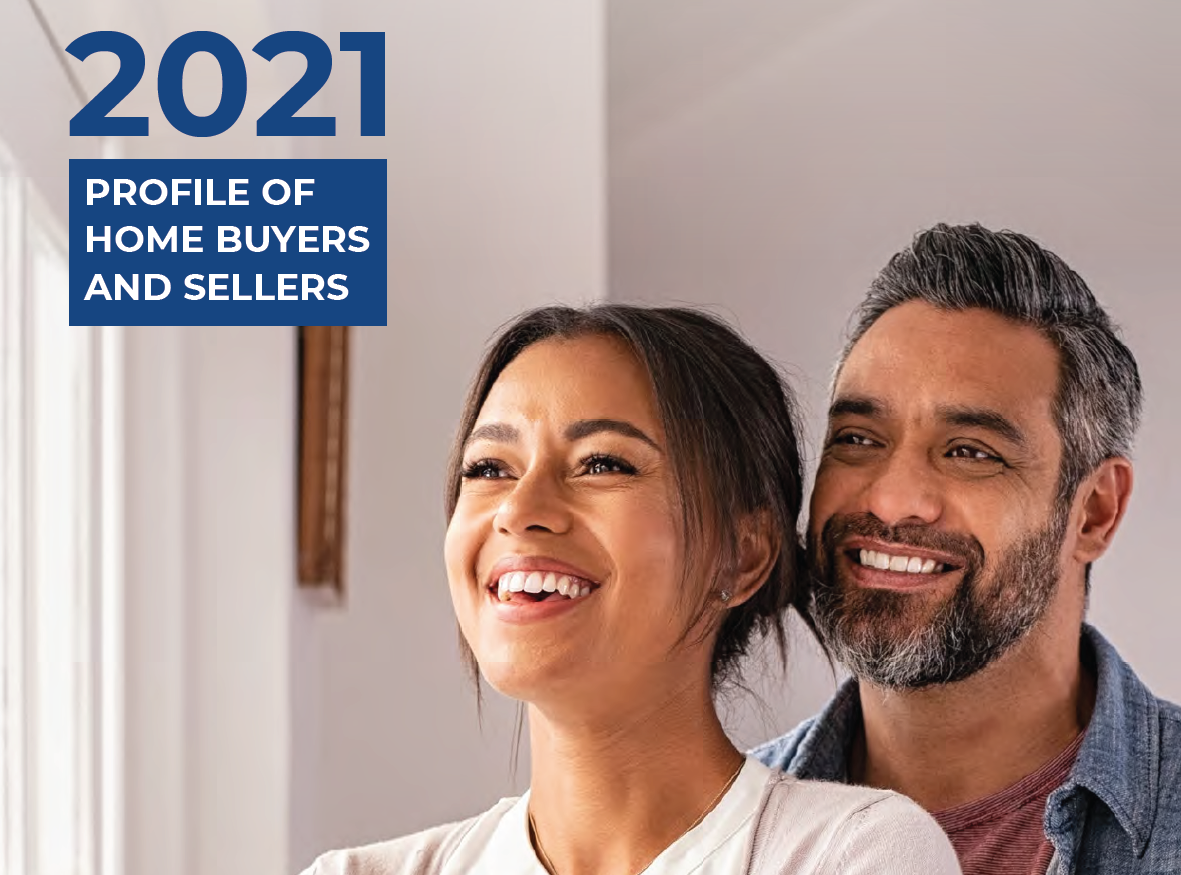 This year is the 40th anniversary of the Profile of Home Buyers and Sellers report. Since 1981, NAR has produced this annual profile, which is real estate's definitive guide on buyer and seller demographics, behavior, and trends that offers the most recent and comprehensive data available. While the report tops 164 pages and has hundreds of data points that a real estate professional can use in their daily business, here are some takeaways.

1. Tenure in home dropped to the lowest level in 11 years, as the pandemic motivated sellers to move and sellers translated home price gains into gains in home equity.

Historically, sellers sold every six to seven years. In the years following the Great Recession, that tenure increased to sellers moving every nine to 10 years. Tenure this year dropped to just eight years. It is the largest one-year change in housing tenure in the data set. After the Great Recession, some owners found themselves under water, others may have locked in lower interest rates, and some had purchased in suburban areas with larger homes they could stay in longer.

Additionally, first-time buyers today often think of their home in longer terms than a temporary starter home. All these trends drove up housing tenure. Finally, there has been an incremental drop in the share of married adults in the U.S. and the birth rates. Marriage, divorce, and having children were often an impetus to move. As these shares drop, it is one last reason to make a housing trade.

2. Proximity to friends and family is the number one motivator for repeat buyers and sellers to move with a close second being the need for more space.

There is zero doubt the pandemic has shaped home buyers' and sellers' lives. This year, much focus has been placed on the need for an extra room for a home office, and a bigger yard. A larger home is still incredibly important to buyers. But the top reason to sell a home was to be closer to friends and family—nothing can replace the support system of family and friends, especially during this time.

3. Homes are selling at a median of 1 week on market, with fewer offering incentives.

For sellers who may have been antsy to be close to friends and family and to acquire more space, their home likely moved quickly. With low housing inventory, homes sold at an all-time low of just one week compared to three weeks last year. Additionally, only 26% of sellers offered home buyers incentives (home warranty policies, assistance with closing costs, etc.) compared to 46% a year ago.

4. The typical seller received the asking price for their home.

5. All-cash buyers are consistently higher than past years.

6. The first-time buyer share jumped to the highest level since 2017.

This year's report shows first-time buyers at 34%, up from 31% last year. This trend may be due to the increased number of young millennials aging into first-time buyer territory. It may also be driven by the ability to work remotely and move to more affordable areas of the country. Many first-time buyers in the last year did have family help with the downpayment through a gift or loan (28%) and/or by living with family before purchasing a home (22%).

7. There was a rise in single women buyers and a decline in married couple buyers.

Married couples continue to decline in the home buying market as the share of married adults in the U.S. continues to fall. At the height, 81% of home buyers were married, while this year's report shows just 60% were married. There has been a growth in single female home buyers from a recent low of 15% in 2015 to 19% in this year's report. Unmarried couples and single men remained steady at 9% each. Among first-time buyers only 50% are married, 20% are single women, 17% are unmarried couples, and 11% are single men.

8. Buyers with children under the age of 18 continue to decline.

Home buyers in the U.S. are mirroring the demographic change: a drop in birth rates. The share of home buyers who have children under the age of 18 in the home has dropped to a data series low of just 31%. The share of buyers with children under the age of 18 was once as high as 58%. Having a child in the home may influence the buyers desire to be close to top schools, or if they have an extra bedroom. Perhaps the new bedroom is now a home office?

9. When buyers do purchase, they do so with the help and expertise of a real estate agent.

Eighty-seven percent of buyers used a real estate agent to purchase their home, 7% used a builder's agent, and just 4% purchased from the previous owner. Sixty percent of buyers used an agent that was referred to them or they had used before to purchase. Buyers are most satisfied with their agent's knowledge of the purchase process, responsiveness, and honesty, and integrity.

10. Sellers want the expertise of an agent to sell their home.

Ninety percent of sellers used an agent to sell their home. This is an increase from 89% last year, and near an all-time high. In comparison, just 7% of sellers sold via for-sale-by-owner (FSBO) and less than one percent sold via an iBuyer service. Sellers most wanted their agent to price the home competitively, help market the home to potential buyers, and sell within a specific timeframe.