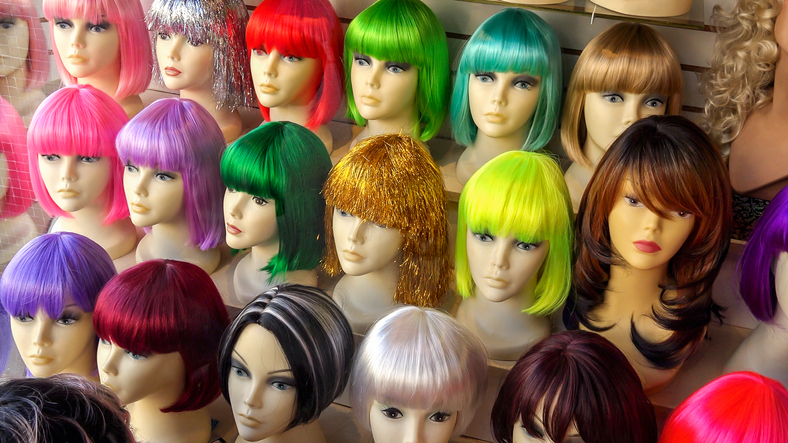 The listing photos for a $650,000 duplex in California are making viewers do a double-take: Some of the home’s rooms are filled with mannequins. The five-bedroom, three-bathroom home in South Lake Tahoe was the most popular listing last week on realtor.com®.

The listing is being sold “as is,” so the mannequins are assumed to be included in the sale. The mannequins appear in several rooms of the house, dressed in shiny sequined evening gowns. In one photo, several mannequins are gathered around the home’s vintage furniture in the dining room and are carefully posed. 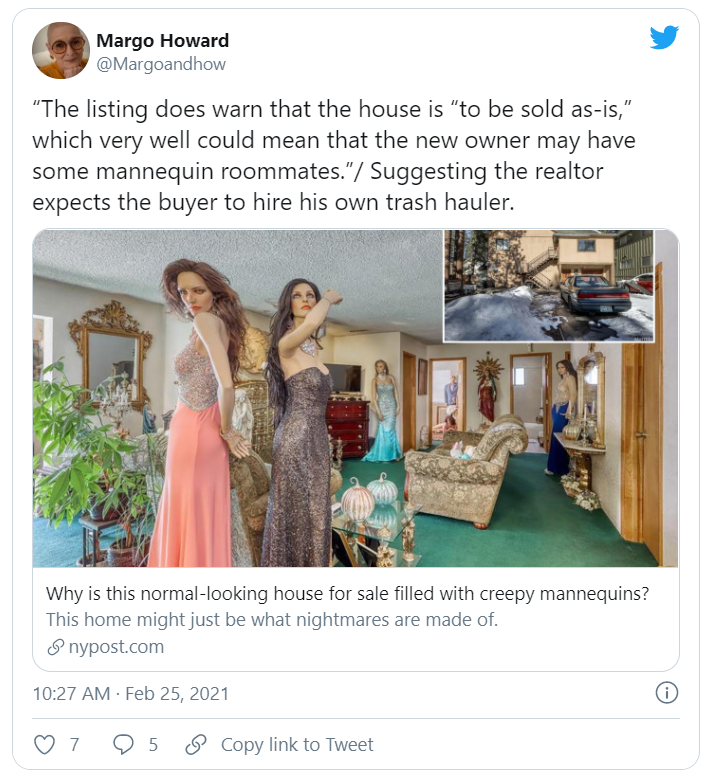 Jesse Yohnka, a real estate professional with Deb Howard & Co. in Lake Tahoe, is representing the unusual listing, whose description omits the reasoning behind the props.

The home is promoted with an unassuming exterior photo. It’s when you reach picture 11 that the mannequins start appearing. The listing description reads: “With a little love, this duplex has great income property potential.”

The use of mannequins has captured the attention of online house shoppers before. In 2017, a $1.27 million property in Richmond, Texas, garnered 1.2 million page views in just two days after featuring mannequins throughout the home. The home earned the nickname on social media as the “mannequin house.” The staged mannequins were the work of the artist-owner who wished to keep her work on display when the home was listed.