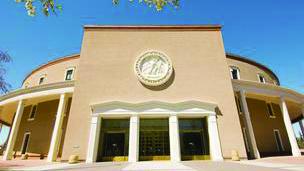 The Senate’s passage of the bill is the first step in the overall legislature passing a package that includes millions for roads and schools. The House must also pass its version of the compromise bill before it can go to Martinez for a signature.

“The passage of this bill will create 15,000 jobs over the next three years,” said Senate Majority Whip Michael Padilla, D-Bernalillo, from the floor.

The bill will be financed via severance tax and general fund dollars.

“New Mexicans will benefit as we spur on economic development. The $295 million will be invested in over 1,000 different projects throughout the state as critical infrastructure is addressed,” said Sen. Stuart Ingle, R-Albuquerque, in a release.