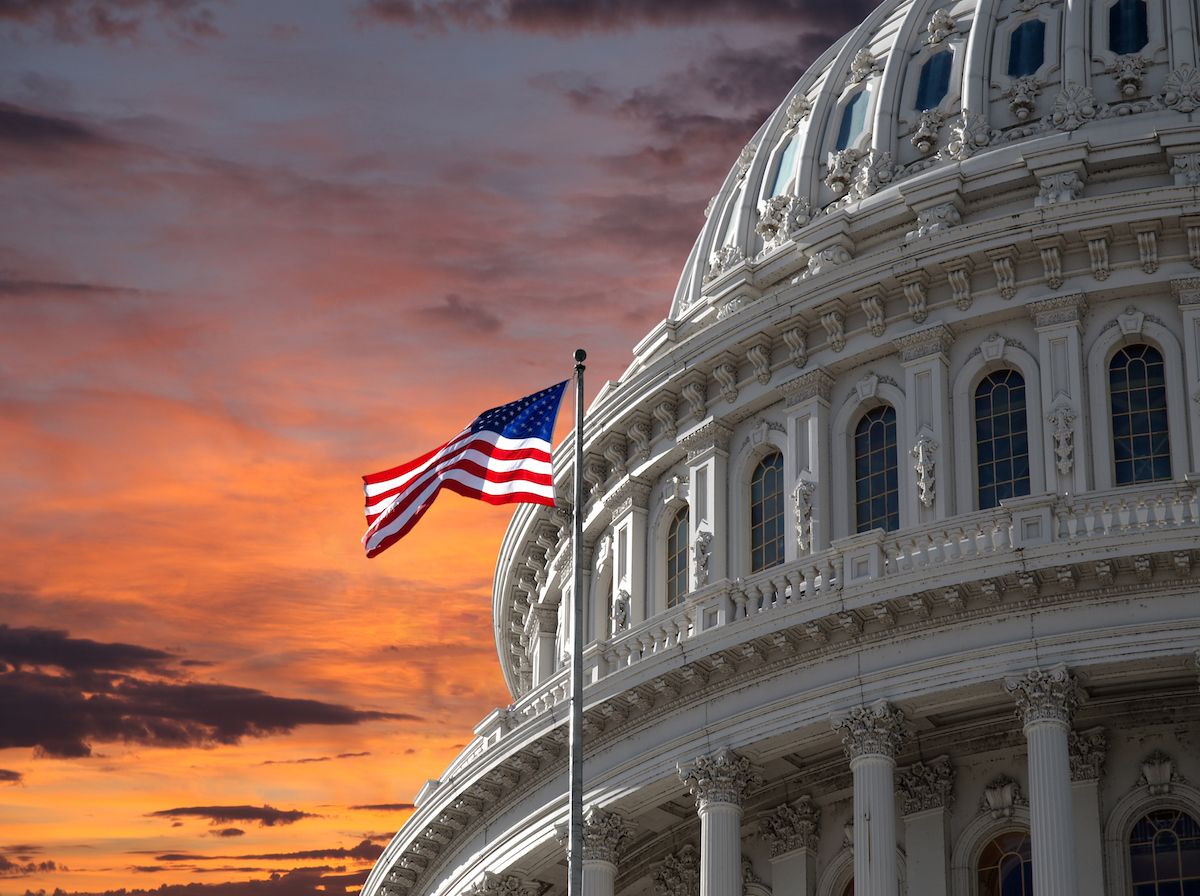 Earlier this week the Senate jumped into the fray, releasing its own proposal for tax reform. The Senate’s proposal, much like the House bill, which we looked at last week, creates significant headwinds for homeowners and homebuyers, while providing only a temporary cut for middle class homeowners.

What Stays the Same?

Like the House bill, the Senate chose to change the definition for capital gains so that a home seller must have lived in their home for at least five of the prior 8 years. This change would affect 12% to 22% of home sellers, locking in some inventory and potentially changing the trade-up purchase process.

The Senate also proposed to eliminate personal exemptions as the House did, but they chose to increase the child credit to $2000 per child. This latter change is more generous than the House’s $1,600 credit per child and $300 for each parent.

Pouring SALT in the Wound

Unlike the House bill, the Senate chose to eliminate all state and local taxes (SALT) including state and local income and sales taxes as well as state and local real estate taxes. This change will make it more difficult for homeowners to itemize their mortgage interest and when they do, they will face a much lower benefit from homeownership. In a perverse way, only those who can afford very expensive homes will be able to benefit from the real estate provisions of the tax code. 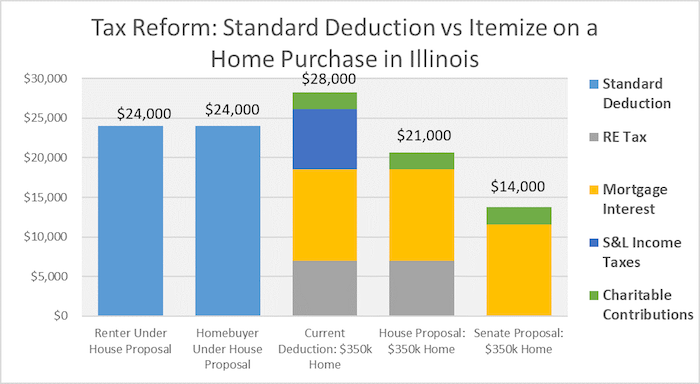 The generous $24,000 standard deduction for couples who are renter or owners provides little support for renters who move to ownership nor does it guarantee that tax cuts today will be utilized to boost housing affordability in the future. Worse, when this provision expires in 8 years, both groups will be worse off.

Time Does Not Heal All Wounds

Most forecasts are for home prices and mortgage rates to rise in the coming years. The chart below shows how the proposals from the House and Senate compare with current law. The orange bars depict the difference between the Senate proposal and current law. A home buying family of four with an income of $100,000 or less would see a gain, while upper-middle income buyers would face a tax hike. However, in 5 years1 that tax cut would disappear for nearly all middle-income homebuyers as mortgage rates and prices rise (red bars). Finally, after 8 years, the tax cuts and enhanced standard deduction both expire letting virtually no buyers benefit under the plan (dark blue bars). 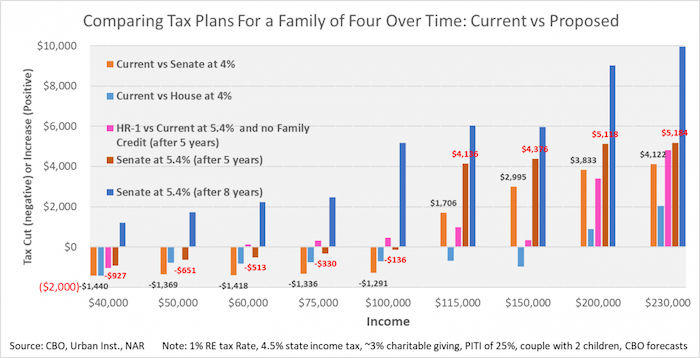 The Senate’s proposal reflects many new changes, but retains many facets of the House proposal. While some changes help middle class homeowners today, it appears that the changes quickly wear out and are worse in the future.