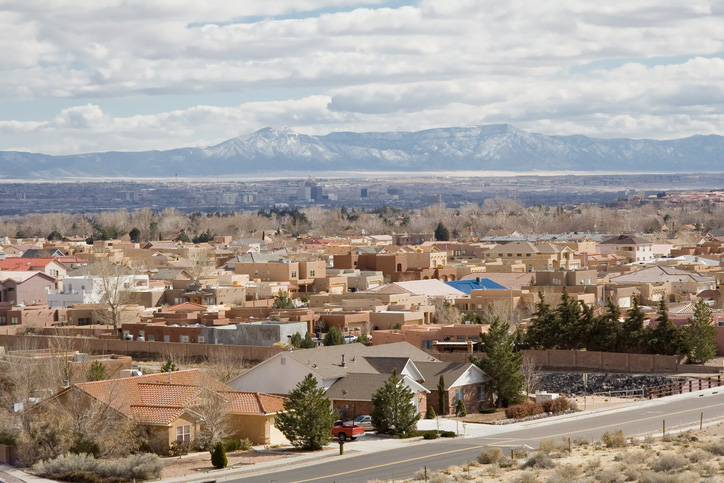 The cyberattack that’s hobbled Bernalillo County has introduced some new challenges for the local real estate community, but industry representatives say it could devolve into a full-blown mess if the situation is not resolved soon.

The Jan. 5 ransomware attack has forced a lockdown at the Metropolitan Detention Center, prompted county officials to close some buildings and halted certain services.

It also has paralyzed the Clerk’s Office, which relies entirely on the network for its filing and recording system, and has kept the Treasurer’s Office from fully updating tax payment information.

“We all ride the same horse at Bernalillo County,” clerk Linda Stover said. “Until that horse gets going, we’re all kind of at the hitching post.”

The county has not yet provided any estimate for when it expects to have its systems back in full operation.

Stover said she is hopeful it will not take much longer.

“People are getting antsy, and I don’t blame them,” she said. “We’re antsy, too.”

What records and functions are limited?

Some functions are available in other jurisdictions – engaged couples seeking a marriage license, for instance, can get it from clerks in other counties. But paperwork for real estate transactions must be filed in the county where the property is located, and Bernalillo County currently has no way to record it.

Her staff of approximately 40 people is in many ways biding its time right now, Stover said, doing things like cleaning the office. She said people have bombarded her office with questions about the situation but have remained polite and understanding.

People looking for certain details on the county website may also be hitting dead ends. Click on a link to search property tax records and a notice appears saying “Bernalillo County is continuing its assessment of the suspected ransomware discovered on Bernalillo County systems. The county has taken affected systems offline and has severed network connections. We are sorry for the inconvenience.”

The normal 10-year property tax record is not presently available on the site. Treasurer Nancy Bearce said there are some ways to check if an owner is up to date, though they remain imperfect.

Are people buying and selling homes being impacted?

For people in the process of buying or selling a home in Bernalillo County, the attack’s impact likely will depend on how far along they are in the process.

Thompson said he doesn’t expect buyers and sellers who are heading to the closing table in the next two to three weeks to be too impacted. Title research for those transactions likely is well-advanced, giving lenders and title companies the information they need on questions like whether back taxes are owed. That’s allowing those buyers and sellers to close on home sales, with the understanding that the sale will be recorded at the county once it’s back open. Thompson said those buyers and sellers are being asked to sign additional paperwork to state they’ve been informed of the delay in final recording.

It’s not clear to what extent commercial transactions might be affected by the attack. Michelle Coons, New Mexico regional president for WaFd Bank, said Wednesday WaFd Bank is evaluating its options after receiving legal advice not to close on major commercial projects in Bernalillo County until sales can be recorded again.

Coons said there may be as many as 20 such projects in the pipeline right now in Bernalillo County.

“It’s a complex issue, and I think everybody’s trying to figure out how to deal with it,” she said. “… I’ve been in banking 38 years, and I cannot remember (a situation like) this.”

One local attorney who specializes in real estate said the disruption at the county is costing some of her clients money.

“If you have a loan on a property and you have to wait two weeks to close, you are accruing two more weeks of interest on that loan,” said Debbie Ramirez of the Rodey Law Firm. “On a commercial property, that’s a lot of interest.”

What about sales set to close a little further out?

The longer the county’s systems are down, the bigger the problem could become.

Thompson said since the attack, title companies haven’t had access to research titles on new deals coming in. If that research can’t be performed within two to three weeks, “it does pose a substantial threat” to buyers and sellers meeting closing deadlines because lenders won’t have good access to up-to-date tax information.

Coons agreed the timeline will be crucial, and said she will start to get worried in about 30 days if the systems aren’t up and running. “I think it’s just going to continue to unravel,” she said.

Coons said she’s also hearing from her staff that the attack is affecting appraisals.

“We’re seeing an extreme delay in appraisals because the appraisers need to access the Bernalillo County property records … which is holding up transactions,” Coons said.

Thompson said he’s not heard that complaint from his staff in connection with the attack, but said appraisals are generally taking much longer than in years past because the home real estate market is so busy.

Can deals be protected?

“I think everybody has come together really well on this,” said Gilbert, who is also the 2022 board president of the Greater Albuquerque Association of Realtors. “… The title companies are providing gap insurance that will allow us to go ahead and close and fund the deal.”

However, Coons, New Mexico regional president for WaFd Bank, said the bank’s external legal counsel has advised her that gap insurance is not allowed in New Mexico. She also said she’s learned of at least one major title company that’s not closing transactions at this time. Calls to several title companies doing business in Bernalillo County were not returned.

“The title companies will say ‘Yes, we’ll provide insurance,’ but they’re also having parties sign that indemnity agreement saying we understand there is a delay in recording and we agree to cover any losses sustained by the title company because of that delay,” Ramirez said.

Is the attack affecting people trying to refinance?

It may be, again because of the need for lenders to access up-to-date property tax information. The county has continued to collect property taxes, and the deadline for first-half payments for most owners was Jan. 10. County Treasurer Bearce said she’s showing title and mortgage companies how to use the county’s website to see if some properties are up to date; however, the currently available information does not include those who made recent payments via check or money order. Those payments are still sitting in a vault as the county tests new systems for processing them.

“We have little bits and pieces (of information); unfortunately, that’s how it works” right now, Bearce said.

Thompson said Legacy Mortgage is collecting six months of taxes rather than the usual two during refinancing. When the system is back up and running, people who overpaid will be refunded, he said.

What about property insurance?

It’s not clear whether a lag in recording property sales will impact coverage. Thompson of Legacy Mortgage said Wednesday he hasn’t been able to get a clear answer on the issue.

Coons of WaFd Bank said she recommends consumers and financial institutions carefully check property insurance policies to make sure newly purchased property is covered in case it’s damaged before the sale is officially recorded with the county.

Can the county temporarily switch to pen-and-paper methods?

Stover said her office cannot do its work without the computer systems because so much is connected.

“We can’t attach any information they filed to any property they’re dealing with because it’s all within our system,” she said.

What happens when the systems are back up and running? Both the Treasurer’s Office and the Clerk’s Office will be looking at a processing backlog.

Once the Clerk’s Office reopens, Stover said her staff will work as quickly as possible to catch up on whatever backlog awaits.

“I’ve got a staff that cares about what they do and when this goes back online – and I don’t think it will be that much longer – they will work overtime, they will work constantly,” she said earlier this week.