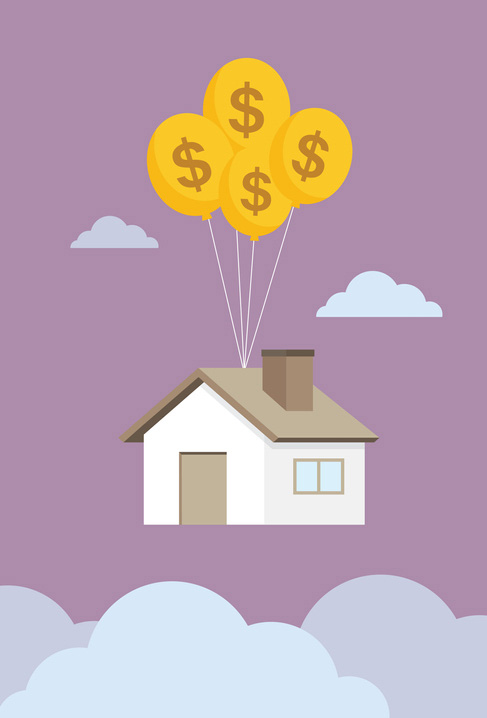 WASHINGTON (January 20, 2022) – Existing-home sales declined in December, snapping a streak of three straight months of gains, according to the National Association of Realtors®. Each of the four major U.S. regions witnessed sales fall in December from both a month-over-month and a year-over-year basis. Despite the drop, overall sales for 2021 increased 8.5%. 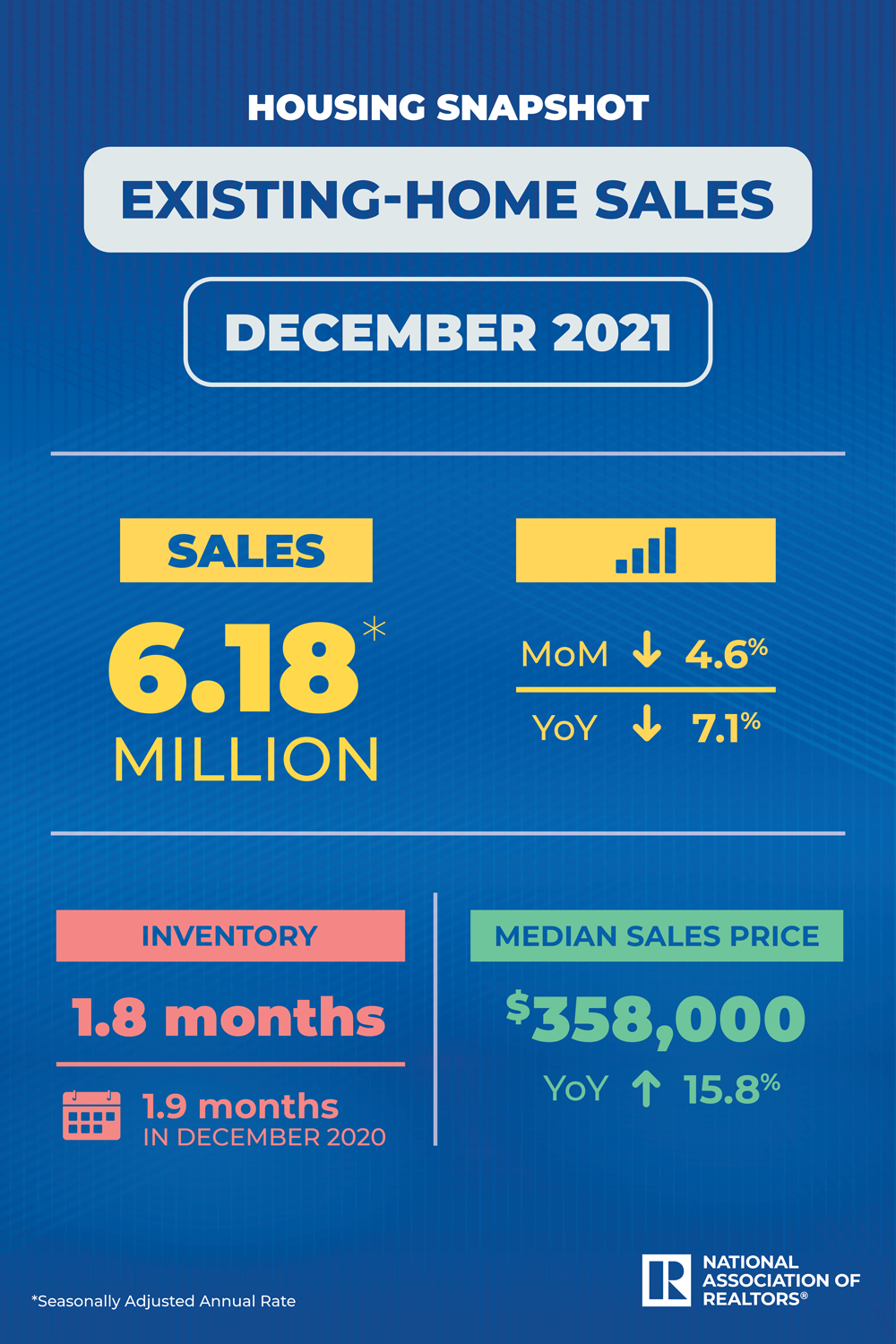 Total existing-home sales,1 https://www.nar.realtor/existing-home-sales, completed transactions that include single-family homes, townhomes, condominiums and co-ops, dropped 4.6% from November to a seasonally adjusted annual rate of 6.18 million in December. From a year-over-year perspective, sales waned 7.1% (6.65 million in December 2020).

"December saw sales retreat, but the pull back was more a sign of supply constraints than an indication of a weakened demand for housing," said Lawrence Yun, NAR's chief economist. "Sales for the entire year finished strong, reaching the highest annual level since 2006."

Yun, however, does expect existing-home sales to slow slightly in the coming months due to higher mortgage rates, but noted that recent employment gains and stricter underwriting standards ensure home sales are in no danger of crashing. He forecasts rates to remain below 4% by year-end and wages to hold firm due to a tight labor market.

"This year, consumers should prepare to endure some increases in mortgage rates," Yun cautioned. "I also expect home prices to grow more moderately by 3% to 5% in 2022, and then similarly in 2023 as more supply reaches the market."

"We saw inventory numbers hit an all-time low in December," Yun said. "Home builders have already made strides in 2022 to increase supply, but reversing gaps like the ones we've seen recently will take years to correct."

The median existing-home price3 for all housing types in December was $358,000, up 15.8% from December 2020 ($309,200), as prices rose in each region. The South witnessed the highest pace of appreciation. This marks 118 straight months of year-over-year increases, the longest-running streak on record.

"There was a significant surge in first-time buyers at the end of the year," Yun said. "With mortgage rates expected to rise in 2022, it's likely that a portion of December buyers were intent on avoiding the inevitable rate increases."

Distressed sales5 – foreclosures and short sales – represented less than 1% of sales in December, equal to the percentage seen in both November 2021 and December 2020.

"We wrapped up the year witnessing home sales exceed the previous year's total and saw millions of families secure housing," said NAR President Leslie Rouda Smith, a Realtor® from Plano, Texas, and a broker associate at Dave Perry-Miller Real Estate in Dallas. "I think the positive momentum will continue as the market prepares to finally see more supply in the coming months, meaning more buyers will be able to land their dream home."

The National Association of Realtors® is America's largest trade association, representing more than 1.5 million members involved in all aspects of the residential and commercial real estate industries.

NOTE: NAR's Pending Home Sales Index for December is scheduled for release on January 27, and Existing-Home Sales for January will be released on February 18; release times are 10:00 a.m. ET.

1 Existing-home sales, which include single-family, townhomes, condominiums and co-ops, are based on transaction closings from Multiple Listing Services. Changes in sales trends outside of MLSs are not captured in the monthly series. NAR rebenchmarks home sales periodically using other sources to assess overall home sales trends, including sales not reported by MLSs.

Existing-home sales, based on closings, differ from the U.S. Census Bureau's series on new single-family home sales, which are based on contracts or the acceptance of a deposit. Because of these differences, it is not uncommon for each series to move in different directions in the same month. In addition, existing-home sales, which account for more than 90% of total home sales, are based on a much larger data sample – about 40% of multiple listing service data each month – and typically are not subject to large prior-month revisions.

The annual rate for a particular month represents what the total number of actual sales for a year would be if the relative pace for that month were maintained for 12 consecutive months. Seasonally adjusted annual rates are used in reporting monthly data to factor out seasonal variations in resale activity. For example, home sales volume is normally higher in the summer than in the winter, primarily because of differences in the weather and family buying patterns. However, seasonal factors cannot compensate for abnormal weather patterns.

3 The median price is where half sold for more and half sold for less; medians are more typical of market conditions than average prices, which are skewed higher by a relatively small share of upper-end transactions. The only valid comparisons for median prices are with the same period a year earlier due to seasonality in buying patterns. Month-to-month comparisons do not compensate for seasonal changes, especially for the timing of family buying patterns. Changes in the composition of sales can distort median price data. Year-ago median and mean prices sometimes are revised in an automated process if additional data is received.

The national median condo/co-op price often is higher than the median single-family home price because condos are concentrated in higher-cost housing markets. However, in a given area, single-family homes typically sell for more than condos as seen in NAR's quarterly metro area price reports.

4 Survey results represent owner-occupants and differ from separately reported monthly findings from NAR's REALTORS® Confidence Index, which include all types of buyers. Investors are under-represented in the annual study because survey questionnaires are mailed to the addresses of the property purchased and generally are not returned by absentee owners. Results include both new and existing homes.

5 Distressed sales (foreclosures and short sales), days on market, first-time buyers, all-cash transactions and investors are from a monthly survey for the NAR's REALTORS® Confidence Index, posted at nar.realtor.