Up Your Odds of Winning a Bidding War 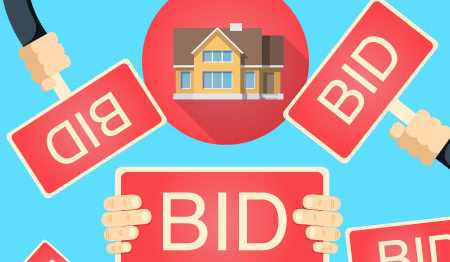 Money isn’t the sole motivator for many sellers. That’s why, when Rochelle Maize submits her buyers’ offers, she makes sure to add a personal touch.

In some of the hottest real estate markets right now, buyers are facing competition against 10 or more offers. As bidding wars intensify, many agents are coaching their clients to submit the highest figure they can afford from the outset. But Rochelle Maize, a top producer at Nourmand & Associates in Beverly Hills, Calif., has learned that winning the homebuying battle is sometimes about more than just dollar signs. Though many agents submit buyer letters to woo sellers, Maize does it in a uniquely personal manner to tap into the seller’s emotional side — something money can’t buy.

Maize, whose buyers are routinely up against as many as 20 other bidders on any given property, puts her clients through a “buyer’s boot camp,” which includes the typical measures of getting them prequalified for a mortgage and gathering copies of their verification of funds. She also administers a questionnaire about her clients’ lives — their childhood background and aspirations for the future — so she can write a deeply personal biographical note to submit to sellers along with their offer. That way, sellers see her clients as more than just a number on a piece of paper.

“I’ll ask for a picture of them and their family or their dog; a lot of times, it’s a couple who just got married, or they’re about to have a baby,” Maize says. “In their bio, I will say why they fell in love with the house. Not just in a generic way — but something about how, for example, they walked in and the galley kitchen reminded them of the one they grew up in in Nebraska. It’s pretty specific.”

Cash is still king, she admits, and many sellers are only interested in getting the highest price for their home or the best terms. But she estimates that on at least three deals a year, the photo of her buyers alone convinced the sellers to choose their offer. “Something about the family reminded the seller of them when they were buying that house,” Maize says. “It hit an emotional chord.”

Writing truly heartfelt letters not only requires buyers to get a little personal. Agents who really want to make the difference in multiple-offer situations have to be willing to step out of their shells as well. That’s why Maize often asks to present her buyers’ offers directly to the seller in person, believing that’s a stronger way to plead her clients’ case. In particularly intense bidding wars, digital technology can be a hindrance more than a help, she says.

“When I’m a listing agent and someone brings me an offer with that extra stuff, it speaks volumes about how much they care about their client,” Maize says. “They really want their client to have the home.”

It’s important not only to do something to stand out from the crowd in a bidding war but to also be organized and prepared. That alone can put you ahead of the pack. Even in her own high-end market, Maize says she sees agents who don’t have paperwork in order or aren’t accessible when the listing agent calls to get details. “They think it’s done when you throw the offer in,” Maize laments.

But above all, she advises her fellow buyer’s agents to be proactive and make a personal impression on the seller whenever possible: “Anytime you can go get in front of [the seller], you do it.” 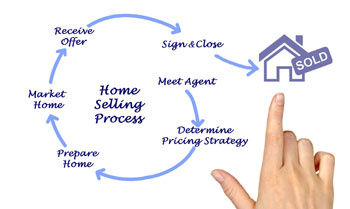 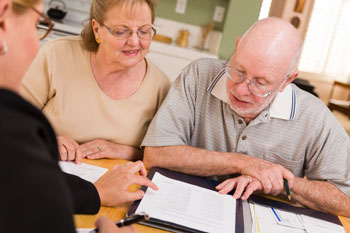 Over 41% of households in the Greater ABQ market are 55+